Not all types of CMT can be cured with Gene Therapy, but there are many types that can. HNF is leading efforts in identifying those types and spearheading initiatives with a collaborative team of experts in the field of gene therapy.

HNF has selected its first three types of CMT based on their potential for success…and we need your help! If you are a patient or know someone with the following CMT types, contact [email protected]. 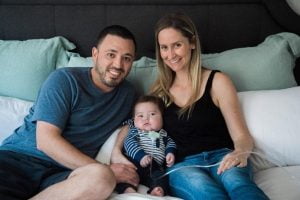 This rare and fatal type of CMT is recessive and leads to a loss of the CNTNap1 gene and its protein product, CASPR which disrupts the myelinating cells from the signal transmitting nerve cell axons. This has profound negative effects on the development and maintenance of many nerve fibers in the central and peripheral nervous system. James was born with CNTnap1 and unable to breathe.

He was immediately intubated. After he was stable, the NICU team at the local hospital decided it was best to send James that night to a Children’s Hospital specializing in rare diseases. The clock is ticking as HNF works hard to raise funds to save this little boy’s life and others like him. 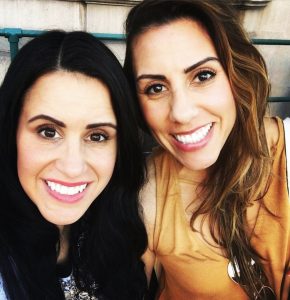 CMT4 is a subtype of CMT that is inherited in an autosomal recessive pattern.

Estela Lugo, HNF Medical Outreach Director and her sister, Melissa were diagnosed with CMT at age 3. For many, many years they did not know their type. Previous genetic tests were inconclusive up until recently.

Working for HNF shed light on the importance of getting a genetic diagnosis and that new genes are being discovered all the time. Last year, Estela and Melissa finally received a confirmed diagnosis for CMT4 GDAP1. It was only natural that Estela join in the effort of spreading the word and participating with a heartfelt testimony at the Externallyled Patient Focused Drug Development Meeting for the FDA last year. 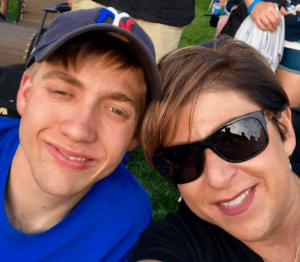 What does this mean? C12orf56 can present as two different types of diseases called CMT6 and Leigh’s Syndrome. Both diseases are caused by dysfunction of mitochondria, the energy factory of our cells, and are progressive and, many times, devastating.

CMT6 is a complex type of CMT because it is associated with many other features in addition to the typical CMT symptoms such as delayed learning, blindness, language impairment and shorter life expectancy. Some patients with mutations in the C12orf56 associated with severe mitochondrial dysfunction can also present an aggressive central nervous system disease called Leigh’s syndrome. Symptoms are frequently triggered by a viral infection and include developmental delay or regression, loss of coordination, vision and hearing loss, memory disturbance and low or weak muscle tone.

HNF has been working hard to raise funds for Zachary Houliares, a young man, age 21 and others like him to find a treatment. Despite Zachary challenges and being legally blind, he has excelled in his community as a sport star coaching for his high school team and is continuing his passion at the college level. This past winter, Zach caught the flu and experienced a severe decline of his CMT which led to the diagnosis of Leigh’s Syndrome. It’s only now that we have learned, that CMT6 and Leigh’s Syndrome share the same gene, but Leigh’s syndrome presents more severely.

How could this be? Zach was hospitalized and almost died from severe mitochondrial dysfunction. Unable to swallow, speak and even move. He spent months in the hospital and is slowly recovering back at school.

HNF, in collaboration with Robert Burgess, PhD at Jackson Labs, Steven Gray, PhD at UT Southwestern and Mario Saporta, MD, PhD, MBA at the University of Miami, are working diligently on developing a gene therapy for these diseases.