C12orf65 gene, a rare form of CMT also known as Leigh Syndrome is robbing young children of a normal life even beyond the classic CMT symptoms, including autonomic distress, blindness and in some cases death. Jaxson Flynt, was diagnosed with C12orf65 on October 14, 2014, a terminal form with progressive damage to the central nervous system. It is caused by a defect in the function of mitochondria within the cells of the body. Jaxson is a happy boy who loves to play basketball and spend time with his mom (Lindsey), dad (Garret), sister (Madison, 16) and two labradoodles (Remy and Reese).

Jaxson is non-verbal, has limited vision and fine motor skills and receives his nutrition through a g-button. However, Jaxson has met many milestones the doctors thought would be impossible. They thought he would never walk, yet he can get around with the best of them.

Lindsey reached out to HNF Scientific Advisory Board Member and gene therapy expert, Dr. Steven Gray of UT Southwestern looking for answers and was hopeful that gene therapy will cure their little boy.

Fortunately, HNF has been working with Dr. Steven Gray since 2017 and he had already begun work on a gene therapy approach for C12orf65. So it was only natural for the HNF to embrace the Flynt’s request by having them join us in raising the funds needed to cure Jaxson and others.

“Our goal is to slow the progression of this disease while working towards a cure for Jaxson and future generations. Gene therapy looks to be a promising life extending treatment for Leigh Syndrome (C12orf65). The field of gene therapy has gone through remarkable breakthroughs these last few years and offers incredible promise for rare genetic diseases such as C12orf65.” — Lindsey Flynt, Jaxson’s Mom

Like with many of these rare diseases, it’s not an easy task with many challenges to overcome, but we are hopeful. To date, HNF in collaboration with Dr. Robert Burgess at Jackson Labs, worked on the development of a mouse model of C12orf65, but once the mouse developed C12orf65, the pups would die. This was super tricky so Dr. Burgess quickly re-evaluated the path and engineered a cell model as an assay to test the hypothesis that gene therapy could cure this disease.

The assay was developed based on the mutation C12orf65 of our board member Debi Houliares son, Zachary, who has CMT6. Dr. Robert Burgess was able to manipulate this model to replicate C12orf65 to establish proof of concept that gene therapy be a viable path for a cure. 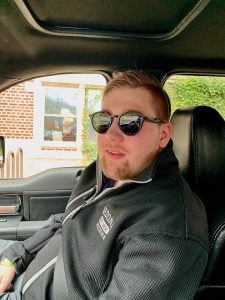 Debi, an HNF board member since August 2014, has championed C12orf65. To date, Debi has raised the funds to support the development of a preliminary natural history study of C12orf65, developed the AAV virus vector at Dr. Steven Gray’s laboratory (formally at UNC Chapel Hill). Stay-tuned as we announce the next steps in 2020.