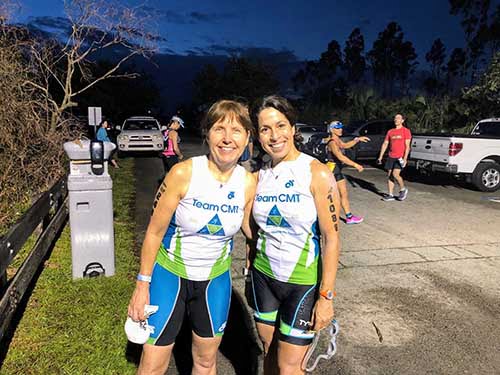 It was a challenging day, with 20 mph winds and 88 degree heat. These types of conditions are tough enough for any athlete, much less one with the challenges of CMT. Just finishing a race with such conditions is a victory. Both athletes raced in the Physically Challenged division, each taking first place.

“We were both proud to be racing in Miami and raising awareness of CMT. I am also so proud of Joy. She beat a tandem team, which is really hard to do. I took 1st place in my triathlon, but there were only two of us.” – Chris Wodke

YOU CAN STILL MAKE A CONTRIBUTION IN HONOR OF THESE CHAMPIONS TODAY!