Meditation for CMT is a No-Brainer 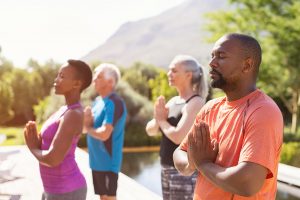 When we think about effective treatments for CMT symptoms, how many of us actually think of meditation? Sure, we may have heard some buzz on social media regarding its benefits or a few raving testimonies from our “Yogi friends,” but can it really provide relief for CMT patients?

The overwhelming research and evidence points to a resounding YES… Here are 7 reasons why!

CMT is a disorder of the nervous system, also known as the control center of the body. As one of the most vital systems in the human body, it’s responsible for both our voluntary and involuntary motions such as breathing, digesting and sweating.

Meditation has been proven to soothe the nerves and dramatically reduce the many negative effects brought about by the sympathetic nervous system such as anxiety, tension, fatigue and depression.

Not only does meditation reduce the negative effects of our nervous system, it actually boosts and activates the “good” nervous system by slowing down our heart rate, breathing rate, blood pressure and sweating, and by activating the parasympathetic nervous system.

Over the past few years, it’s become increasingly recognized that Phrenic and Diaphragmatic weakness in CMT disease may be more common than generally acknowledged, causing symptoms of breathlessness and orthopnea, as well as the development of hypercarbia.

Some research has even shown that in addition to enhancing breathing via oxygen uptake, nutrient flow, and circulation, meditation also enhances and promotes diaphragmatic breathing. The diaphragm is the primary muscle of respiration and a lobe found below the rib cage. When we inhale, it contracts and flattens creating a vacuum effect that pulls air into the lungs. Another key player in respiratory function shown to benefit from meditation is the phrenic nerve, as it provides exclusive and crucial motor control of the diaphragm.

Meditation also has an amazing variety of neurological benefits by improving connectivity between brain regions. A recent study showed participants who’d been meditating for an average of twenty years had more grey matter volume throughout the brain. Just eight weeks of Mindfulness-Based Stress Reduction (MBSR) was found to increase cortical thickness in the hippocampus, which governs learning and memory, and in certain areas of the brain that play roles in emotion regulation and self-referential processing. One of the most interesting studies in the last few years, carried out at Yale University, found that mindfulness meditation decreases activity in the default mode network (DMN), the brain network responsible for mind-wandering – a.k.a., “monkey mind.”

One of the most significant and disruptive symptoms of CMT is pain. The latest medical advances show that meditation and mindfulness can be even more powerful than many commonly prescribed painkillers.

Based on an ancient form of meditation known as “mindfulness,” mindfulness meditation has been shown in clinical trials to reduce chronic pain by 57 percent. Experienced meditators can reduce it by over 90 percent.

Imaging studies show that mindfulness can soothe the brain patterns underlying pain and over time, can alter the structure of the brain itself. Patients report no longer feeling pain with the same level of intensity.

Many hospitals and pain clinics are prescribing mindfulness meditation to help patients cope with an arising range of diseases such as cancer (and the side effects of chemotherapy), heart disease, diabetes, and arthritis. It is also used for back problems, migraine, fibromyalgia, chronic fatigue, irritable bowel syndrome, and even multiple sclerosis.

As explained in the book, You Are Not Your Pain: Using Mindfulness to Relieve Pain, Reduce Stress, and Restore Well-Being — An Eight-Week Program, meditation achieves remarkable results because it turns down the “volume” control on pain.

Quality sleep plays a vital role in fighting fatigue while remaining functional and active with CMT. One powerful neurochemical, “melatonin” is critical to the falling asleep process. Stress is melatonin’s number one enemy, inhibiting the natural sleep cycle. Low melatonin levels initiated by the stress create all types of mental, emotional, and physical problems. Produced in the brain, melatonin is a hormone that peaks just before bedtime, ensuring a night of deep, restful sleep.

In a Rutgers University sleep study, melatonin levels for meditation practitioners were boosted by an average of 98% with many participants having increases by more than 300%! Meditation effectively re-balances all of the biological markers for night ensuring restful sleep and rejuvenated mornings

In the modern age of social media, schooling, Zoom meetings and every other worldly distraction in between, it’s no surprise that so many children and adults struggle with focus and concentration. One of the central benefits of meditation is that it improves attention and concentration. One recent study found that just a few weeks of meditation training improved focus and memory. Meditation doesn’t have to be intensive to have an effect. Scientists at the University of North Carolina at Charlotte found that students were able to improve their performance on tests of cognitive skill after just four days of meditation training for only 20 minutes per day. Mindfulness training improved both GRE reading-comprehension scores and working memory capacity while simultaneously reducing the occurrence of distracting thoughts.

Let’s be honest… CMT can take a significant toll on one’s emotional health. Feelings of loss, isolation and anxiety are common with any progressive disease. According to the world famous author of Minding the Body, Mending the Mind, Dr. Borysenko, meditation teaches us just how important it is to regularly activate the body’s natural “relaxation response” – training our minds through meditation so that stress responses simply can’t take over, perpetually maintaining our mental/emotional health and general well-being.

A new study from the University of Oxford finds that mindfulness-based cognitive therapy (MBCT) may be an effective way to wean people off even successful courses of antidepressants and has shown to be just as effective as antidepressants for preventing a relapse of depression. Not only does meditation change the brain, but it changes our subjective perception and feelings as well.

The Mayo clinic reminds us that there is no right way or wrong way to meditate. What matters is that meditation helps reduce stress and provides a sense of feeling better overall.

Some ways to meditate can include:

As the popular meditation app, Headspace notes: “Meditation isn’t about becoming a different person, a new person, or even a better person. It’s about training in awareness and getting a healthy sense of perspective. You’re not trying to turn off your thoughts or feelings. You’re learning to observe them without judgment. And eventually, you may start to better understand them as well.” 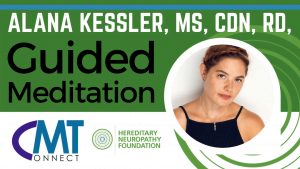