Lyme Disease and Charcot-Marie-tooth: What You Need to Know 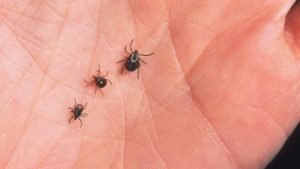 In August 2013, the Centers for Disease Control (CDC) changed its annual estimate for new Lyme disease cases. Previously, it was thought that 30,000 new cases of Lyme disease were contracted yearly. However, the revised estimate increased 10 fold to 300,000 new cases per year. This statistic has made Lyme Disease a genuine epidemic that should now be viewed as a public health crisis.

Sufferers of Lyme Disease and Charcot-Marie- Tooth often share many commonalities about their disease: both diseases can go undiagnosed or misdiagnosed for years, the medical community is uninformed about these diseases, and there is a lack of viable treatments for those with the most chronic conditions.  In addition, Lyme disease sufferer’s  can have severe neurological symptoms including peripheral neuropathy. Chronic Lyme disease is one of the most controversial conditions today. Many medical experts believe that a 28-day regimen of antibiotics
will cure the Lyme, but when patients still feel extreme weakness and fatigue, joint swelling, balance issues, memory loss and anxiety after the dose is complete,  it becomes obvious to Lyme-literate doctors that Lyme is in fact a serious disease. What’s important to note is that the long-term symptoms of Lyme actually mimic the symptoms of CMT!

Because of this, patients or anyone with a family history should be particularly aware of the increased health risks Lyme Disease or other tickborne illnesses pose for CMT patients, especially if you live in high risk states in the northeast and spend a lot of time outdoors.

Lyme Disease often presents a multitude of symptoms that mimic other illnesses, which is one of the reasons a proper diagnosis can be so hard to obtain. Lyme and other Tick Borne Disease’s (TBD) are transferred via the bite from an infected tick. Contrary to the popular misconception, a red bull’s-eye rash does not have to be present for a person to have Lyme.  Less than 50% of infected Lyme sufferers noted the presence of a rash when diagnosed. The bacteria or spirochete is called B. burgdorferi, and when it disperses through the blood stream its corkscrew shape burrows into human tissue, infecting joints, the nervous system tissues, and even the heart and brain. Because this bacterium doesn’t follow a familiar pattern, immune cells have no way to identify the invaders. Expert researchers at the CDC have some preliminary evidence that the bacteria can continue on, dead or alive, in human even after a 28-day antibiotic regimen.

Some of the first Lyme symptoms may include a flu-like condition, with fever, chills, headache, stiff neck, achiness, and fatigue. Other  symptoms can include pain in various joints and
muscles, neurological problems, heart involvement, problems with vision or hearing, migraines, low-grade fever or other symptoms. Lyme disease is often mistaken for other illnesses since the symptoms often mirror other medical problems, such as multiple sclerosis, arthritis, chronic fatigue syndrome, lupus or Alzheimer’s disease. In some cases, Lyme disease patients can
become paralyzed and/or comatose. Lyme and other tick-borne disease symptoms may come and go and be replaced by new symptoms. Symptoms may be subtle or pronounced.

It is critical that CMT patients are hyper vigilant when outdoors in high-risk areas You should wear tick repellent clothing, especially clothing treated with permethrin, an insecticide that repels and kills ticks. You may spray your own clothing with permethrin (good for six washings), or purchase pre-treated clothing (good for 70 washings) from a number of well-known clothing companies. EPA-approved insect repellent can also be applied to exposed skin for added protection. Light-colored clothing makes it easier to spot ticks. Wearing long pants, long-sleeved shirts, and a hat are helpful. Walk in the center of woodland trails, and by all means avoid walking along deer paths.

After any time spent outdoors, check for ticks while you are out and as soon as you get back. Showering is also helpful in removing unattached ticks from your body. Remember that some ticks are extremely small and some almost impossible to see. Putting your clothing in clothes dryer at high heat will kill ticks in about 30 minutes.

The neurological side effects of Lyme disease for anyone with CMT could be devastating, even lethal. If you think a tick has bitten you, go see your doctor immediately. The best hope of beating the diseases is a rapid diagnosis and prompt treatment. Remember, the medical community is as similarly uninformed about Lyme disease as they are about CMT; this means you need to make sure that you advocate for yourself when seeking diagnosis and treatment.

For discussions or to share your Tick bite or Lyme experience, visit Inspire CMT Community. *Source: TBDAlliance.org, CDC and, Prevention.com