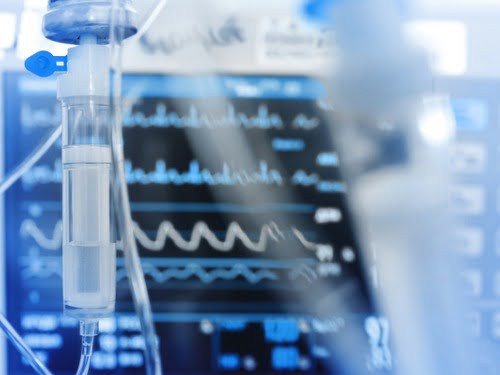 It wasn’t until she was being treated for cancer at age 64, that Karen Langlois of Rhode Island learned she had Charcot-Marie-Tooth. In 2006, Karen received her first chemotherapy treatment at the Dana Farber Cancer Institute in Boston MA. She was given a mixture of four drugs including Vincristine, which is known to cause neuropathy problems. Immediately following treatment, Karen experienced “foot drop,” i.e., trouble keeping the foot level, or toes pointed up, when walking. Foot drop is a classic symptom of CMT. Wisely, Karen reported the problem to the attending nurse, and her doctor eliminated Vincristine from Karen’s protocol. That one exposure, however, jump-started CMT in Karen’s body, leaving her in leg braces for several months.

Over the next few years her cancer spread, and Karen underwent several surgeries and more chemotherapy. All the while, her legs remained very weak. She was widowed in 2010 and credits a great support system of family and friends, “especially my sister Sally,” with helping her cope as well as continue her cancer treatments. Someone was always on hand to travel with her to Boston or take care of her dog.

In November and December 2011, Karen received three doses of chemo, containing Eribulin, which further weakened her legs. Over the short span of just three weeks, Karen went from walking independently to requiring the use of a walker. “I was close to being bedridden,” she revealed.

The CMT diagnosis was not a complete surprise to Karen. As a child she was “always falling, my knees always had scabs on them and I had extremely high arches.” Karen remembered that in 1987 her sister Sally was involved in an accident. Observing Sally’s high arches, the doctor attending her mentioned CMT. “But, since she didn’t have any symptoms, so we kind of blew if off,” explains Karen. “When I started having problems, Sally reminded me of what that doctor had said years ago. I had a feeling my symptoms were the result of chemo, not of the cancer itself. I went online and said ‘This is what I’ve got.’” Sally realized at that point she also had CMT. Her symptoms are still minimal which she attributes to a now sixteen year habit of exercising.

Since December Karen has been receiving both physical and occupational therapy. The Visiting Nurses of Rhode Island go to her house twice a week to work with her on muscle strengthening exercises and help with her activities of daily living. When the weather cooperates a nurse accompanies Karen while she uses a walker around the cul-de-sac outside her home. “On the good side,” she told us, “my brother-in-law is a chef at a restaurant up the road. He’s always bringing me something delicious for dinner!”

Not one to sit idle, Karen found knitting to be good exercise for her hands. “I just use one ball of yarn and when I get to the end, I unravel it and start all over,” she laughed. The knitting and unraveling seem to be working. “Now that my hands are feeling better, I just might knit a sweater or a scarf!” she says.

Karen has set other goals for herself. “By April, I want to be up and out and walking with a cane.” She’s also hoping to return to her office job at Parente’s Oil Service in Coventry, RI. “They have been wonderful to me. I’ve been out all this time and they haven’t replaced me!”