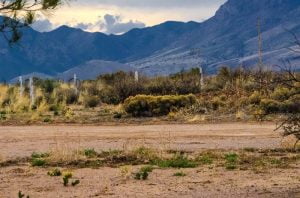 I am about halfway across country and almost 3 months into my solo journey. It’s taken me much longer than anticipated because of my physical issues and some unforeseen circumstances. With the only thing on the horizon being an RV rally in Tucson towards the end of March, there’s not much hurry.

I just got off the phone with my doctor and shared with her that physically I feel worse since I’ve started my journey, but this is not unexpected. Over the past year or so, I’ve had worsening weakness, fatigue, pain, unsteadiness with falling (almost always in public), spasms or twitches, and accompanying anxiety. Fortunately, braces and forearm crutches have helped my walking and reduced the falls. I actually reported a restaurant for blatant ADA violations and I’m waiting for a report from their investigation.

Medications help some with pain, but I try to keep these to a minimum so I don’t become dependent on them or have to deal with side effects. I find that meditation and being active as much as possible have an equal effect.

The mental and physical energy exerted to carry out the most basic of tasks have been taking its toll, with smaller windows of opportunity to accomplish things. Still, I do get out to explore during my travels. My dog Nola, the devilish little Boston Terrier who I adopted in New Orleans, loves going for rides (a very good thing). I’ve met so many wonderful people along the way. In fact I was just responding to a text from some folks I met in New Orleans. They travel the country doing YouTube travel videos and I have to say they are very professional and well done. Check them out at travellingtourists.com.

There seems to be a lot of curiosity about what’s wrong with me that I need to use crutches and braces (almost always men who ask) and I gladly explain. The response is always, “I never heard of CMT, except for Country Music Television.” I find folks often go out of their way to help, even though it may not be necessary or even wanted. I’m sure many of you can relate. I always offer a sincere appreciation.

Sadly, my nephew, Alan, passed away on February 6, just a few weeks from when I saw him during my visit to Florida. Alan had CMT and he also cared for my sister who was debilitated by CMT, but he never accepted it, nor wanted to talk about it. The week after my departure, he was gone.

One thing is clear, we all deal with things in our own way. My belief system was tested the day following Alan’s death when I found myself in the path of a tornado, one of 7 that hit the New Orleans area on February 7.

I was in my Jeep trying to get to shelter when I heard what many describe as a freight train sound and a huge whoosh of wind came upon me so fast and strong there was no escape. I saw RVs and roofs being torn apart as debris swirled around in the sky above me. I was never so scared in my life, I thought I was going to die. I came away with only a minor injury to my thumb. Nobody lost their life that day, but many were injured and hundreds of homes and businesses were destroyed. My RV survived intact but two right next to mine were completely destroyed. The entire experience was surreal, and I came away with a greater appreciation of life. When meaning finds me, I will be there with an open mind and heart to greet it.