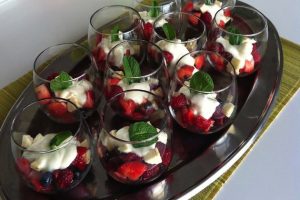 As a kid, we grew up going to birthday parties for our friends, and to the weddings of our parents’ friends and family members. I still have a   vivid  picture in my mind of being about six years old, perched upon my cousin’s boyfriend’s shoulders, anxiously awaiting the tossing of the GORGEOUS wedding bouquet. I caught it! and kept my treasure for years after that. Then, as we grew older, we have our own weddings and attend those of our friends. Somehow, the bouquet toss had less appeal at this point in life and almost became somewhat of an embarrassment. At my wedding, my poor little niece (not lucky enough to be above the crowd on someone’s shoulders) was knocked to the ground by an overly anxious hopeful bride-to-be. As my closet filled up with worn-one-time-only bridesmaid dresses and I became an expert at navigating bridal registries, I dreaded having to attend yet another wedding. Soon enough, wedding announcements are replaced by baby shower invitations. Again, I have a vivid memory of standing in front of a 15-foot wall of baby bottles wondering how in the world there could be so many choices?! The word-finds, diaper pin games, and guess-the-melted-candy-in-baby-diaper game became monotonous (and gross!). Until……we started having to visit sick friends in the hospital and attend funerals. And now, I’m so grateful that I’ve recently received THREE wedding announcements! In fact, I helped throw an engagement party last month, joined my niece at her wedding dress fitting and engagement party last week, and yesterday, I helped throw a bridal shower. YAY! I promise to never take this part of the “cycle of life” for granted, again. I’m thrilled to share this fun little recipe with you in hopes that you’ll have a bridal or baby shower to take this to in the near future. If not, make it for your family and enJOY!